Which countries are the top study abroad destinations in 2022?

To put together the top study abroad destinations in 2022, we have taken the top destinations for U.S. students to study overseas, looking at the previous decade of statistics, so the rankings are based on popularity stats.

Then we’ve added a few other destinations based on how they fared during the pandemic and a couple that maybe you hadn’t thought of.

The popularity statistics do not differentiate between more extended programs of study such as semesters and short-term travel such as faculty-led trips during breaks in the academic calendar.

Spain is consistently in the top 3 destinations for U.S. students due to the importance of the Spanish language, the outstanding quality of life, and the richness of its history and culture.

American students often combine language studies with another area of interest, such as Business or the Humanities. Regarding for-credit programs, Spain is a bit cheaper than some other Western European countries and its warm climate – in most of the country – is another plus.

The U.K. is consistently either the #1 or #2 destination for U.S. college students abroad. The main reasons are apparent – cultural and linguistic ties make the U.K. a natural and comfortable destination for American students. But the U.K. is a destination for students from all over the world who choose to pursue studies there due to its excellent universities and significance in world affairs.

Check with your university to see about a study abroad program in the United Kingdom.

The 3rd of the “big 3” for U.S. students is Italy. While there aren’t the same linguistic reasons for favoring Italy, the draw of thousands of years of culture is powerful. Italy is one of the most visited countries globally due to its history, art, cuisine, and lifestyle.

Because it is unusual for U.S. students to have a high level of fluency in Italian, U.S. institutions offer a wide variety of programs in English. Italy is a natural place to study the European Union, Art, Art History, Design, Fashion, and International Business.

Just as Italy is a world-class destination for travelers, so is its neighbor France. Typically the 4th most popular destination for U.S. students, France has similar “pulls” as Italy but with more language study.

Students lose themselves in the beauty of French cities. Like in Italy, students often study Design, Art, History, International Affairs, Business, and the French language.

Western Europe dominates the top five best places to study abroad; Germany’s central location on the continent is part of its appeal. In addition to the excellent educational opportunities available in Germany, the country provides excellent access to both the East and West by rail or air.

In addition to German language programs, many U.S. universities have partnered with local institutions to offer programs in STEM areas, International Studies, Finance, and many more areas of study.

The next group of countries typically appears from places six to nine in American students’ top ten popular destinations.

Similar to the attraction of the U.K., Australia’s popularity is related to its English-speaking culture. The country’s eye-popping nature and friendly population also draw American students.

Many American universities have partnered with Australian counterparts to provide integrated university experiences. One challenge to look out for is the very different academic calendar – Australian seasons are the opposite of those in the Northern Hemisphere.

The rise of China as a world economic power has made this a popular destination over the last decade. American students can boost their careers by showing familiarity with Chinese business and culture.

U.S. students typically study Chinese language, business, or STEM subjects. However, due to the pandemic, the Chinese government’s COVID-19 policies have affected student flows to China.

Safe, cultured, and fascinating are all words that capture part of Japan’s appeal. Japan has been an attractive landing spot for U.S. students since it rose to economic prominence in the 1980s.

Japan is a great place to study Asian Studies, History, Culture, Design, Business, STEM, and the Japanese language. With the growth in popularity of Japanese animation, Japan will remain a popular destination for American students in the coming years.

It would be easy to attribute the popularity of this destination to the English language, as with Australia and the neighboring United Kingdom. However, that may sell short the literature, culture, music, geography, and, of course, the people of the Republic.

There is almost no limit to what semester students can study in Ireland. There are many agreements between U.S. colleges and universities and their Irish counterparts.

Our recommendations for some other exciting destinations

So, maybe none of these ten places is the right one for you. In no particular order, below we suggest ten other destinations that are great ones to consider.

This country in the Southern Cone is one of the most fascinating that South America offers. It boasts beautiful and varied landscapes, colonial and immigrant histories, rich cultural offerings, and sporting excellence. Argentina boasts a good infrastructure and education system, not to mention the importance of Spanish to Americans.

There are many bilateral agreements between universities in the USA and Argentina. Spanish Studies Abroad offers summer language programs and semester-long courses in partnership with the Universidad Nacional de Córdoba, Argentina’s 2nd city.

See what your campus offers to explore this unique country.

Sometimes viewed by Americans as Australia’s even more distant cousin, New Zealand has similar cultural offerings to other English-speaking countries, with stunning natural beauty and a safe and friendly local environment. It is easy to find university semester programs collaborating with U.S. counterparts, and all educational establishments teach in English.

New Zealand is a “comfortable” destination for U.S. students but one that can provide memorable experiences. And New Zealand’s history can offer intriguing contrasts in governance, health care, and trade.

Is Puerto Rico a “foreign” destination for Americans? That depends on your definition, but the island does have a great deal of autonomy, and Spanish is the mother tongue. The architecture and look of the older parts of Puerto Rico’s cities echo Spanish colonial times.

This beautiful Southern African nation has captivated travelers but remains relatively unknown. Throughout its history, parts of the country were under the control of the British Empire, Germany, and South Africa. Such influences have created a stimulating and thought-provoking environment.

There aren’t a lot of study abroad programs here but investigate summer programs or faculty-led trips. Keep in mind that Summer in the U.S. is the Winter in the Southern Hemisphere.

Namibia has left its colonial past behind to establish political stability, and you can learn and experience so many things there.

This Mediterranean island has thousands of years of history, blue waters, and sandy beaches. It also had one of the 20th century’s tragically memorable incidents: the partitioning of the island between its Greek and Turkish sides. Now a no-man’s-land divides the two areas – the recognized European Union member to the south and the de facto separate Turkish-speaking territory to the North. Mix in tourists from around Europe and Russia, and you have a fascinating mix. The British influence in Cyprus also means that many institutions offer coursework in English.

It is hard to find U.S. universities that cooperate with the many universities in the North – which teach in English and aggressively recruit international students – but some work with universities in the south for exchange and study abroad. There are also summer opportunities in areas such as archeological excavations. Greek Cypriots tend to have a high English proficiency level, so local interactions are possible, even without learning Greek.

Like Puerto Rico, Americans may question how “foreign” or “abroad” Canada is. But some consider Canada’s education system to be the best in the world, and it is very compatible with the U.S. system. With excellent research universities and a diverse student population, Canada can flip your perspective on many issues, and you can make friendships for a lifetime.

You will likely have several options through your college through exchange agreements, short-term travel, and study abroad semesters.

Sometimes, Americans’ view of Colombia remains trapped in the 1980s. In recent decades, this country has flourished, and flying there from New York, for example, is a shorter flight than going to Los Angeles. Colombia has a great diversity of terrains and ecosystems and vibrant cultural traditions.

Short-term groups are the most common option for U.S. college students, but there are a few study abroad semester programs. Colombians will welcome you with smiles and hospitality.

The Alps provide a great backdrop to this fascinating, multi-lingual country. This wealthy country is famous for its train system, international banking, skiing, other outdoor activities, and chocolate! Switzerland is not inexpensive, but it is well-positioned in Central Europe to travel economically to nearby countries. The rest of the world can learn from Switzerland’s peaceful blending of cultures and languages into a unified political system.

Switzerland has excellent educational institutions, and your campus probably has a few options. Switzerland is a sophisticated and advanced country to learn in if you have the budget.

Americans have started to study in the other Asian giant – China – but India remains less popular, despite the more prevalent use of English there. There are more private universities in India than before, and many focus on STEM areas, such as information technology or hard science.

Some view Ghana as the shining star of Africa’s west coast, and the significance of English makes traveling easier for Americans. Ghana is one of the safest and most prosperous countries in Africa.

Ghana is a success story, and it is drawing the attention of many in the academic world. The range of programs may not be as great as in some countries, but studying in Ghana could be a powerful formative experience.

What’s the top study abroad destination for you?

We hope that this list provides you with some great ideas, both of which are the most popular destinations for U.S. students and others that maybe hadn’t occurred to you. It comes down to what interests you, what you can afford, and, in many cases, what is possible through your college.

YOUR place might not be one of the Top 10 places to study abroad for U.S. students. Think. Plan. Explore. And have a life-changing study abroad experience.

Request More Info
PrevPreviousSpanish Studies Abroad Tips for Launching and Organizing the Best Faculty-Led Programs
NextHow much does it cost to study abroad in Spain?Next 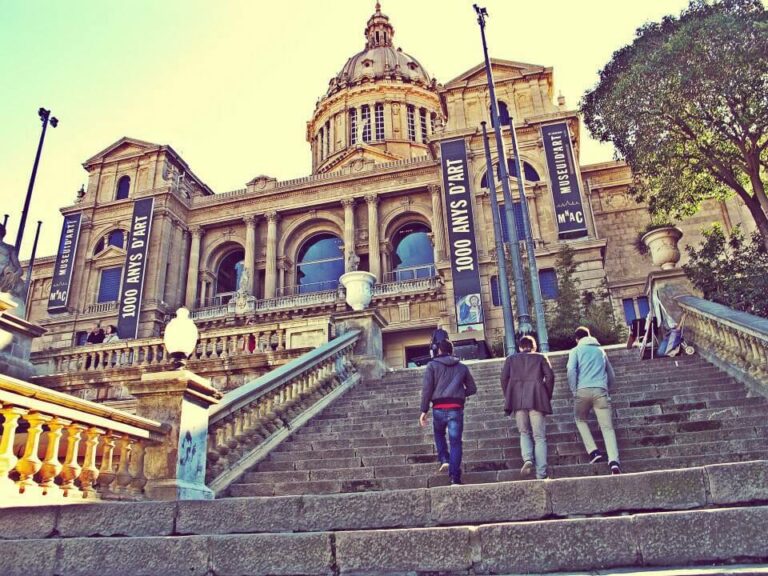 How much does it cost to study abroad in Spain?

How much it costs to study abroad in Spain is a big question and one that we are often asked. Like anything else, many variables 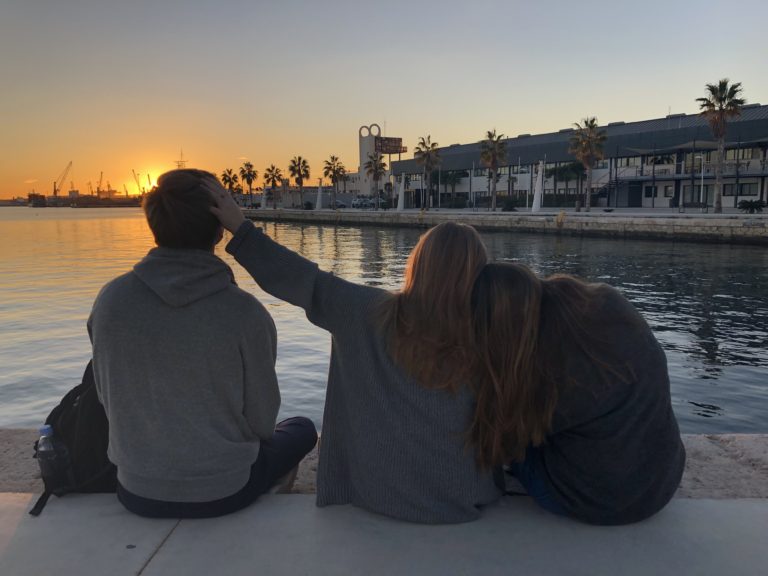