A Semester in Alicante with Spanish Studies Abroad

A Semester in Alicante with Spanish Studies Abroad

The end of the year was rather challenging, and it sped up to high speed right before spring break. It turns out that it’s rather difficult to succeed in astrophysics in Spanish, and takes quite a lot of work, especially if you’re planning on spending all of spring break backpacking through Italy with no access to a computer. I also spent the weekend before in Paris, so it’s not like I had a ton of time to get ahead in Alicante.

Good thing I had Marisa and Pepa to tell me how important the semana santa (Holy Week) is in Spain, and why I shouldn’t skip the cultural events. In Spain they have an amazing tradition: each day of the week there are processions in different barrios (neighborhoods) of the city. Throngs of citizens come to see their friends carry enormous life-sized sculptures depicting scenes from the Passion of Christ, called pasos, on their shoulders through the streets of the city into the churches for the Easter celebrations. The pasos are elaborately decorated and trimmed with hundreds of fresh flowers around the base. Each barrio’s procession has a different style and a different tone. Unfortunately, I wasn’t able to attend the Holy Thursday procession, which boasts the largest paso in Spain. It’s a full size version of the Last Supper weighing over 3.3 tons and carried through the city by 225 volunteers.

The whole program went together to the procession in the neighborhood where we all live. In fact, it was only a minute or so from my house. We stood there for over an hour as the pasos moved slowly down the street. They emerged one at a time from the Catholic school chapel to a burst of applause and rocked slowly side to side to the rhythm of the synchronized steps of the bearers.

Volunteering to bear one of the sculptures is a tradition in many Spanish families. Although lots of people come to watch the processions (religious and not), carrying the statue and marching in the parade means carrying on and conveying the story of Christ: the passion, the death, and the resurrection.

The official garb with the pointed hats may remind you of the KKK, but in fact, these costumes represented the universal grief and loss caused Christ’s death for many years before their purpose was perverted by the KKK. In Europe, there is no memory of the KKK’s use of these costumes, so they are still used today with their original significance.

Symbolism is very important in these processions. Women in grieving clothes carry the symbols of Christ’s passion on red pillows. Pictured here are the sacred heart and a rosary. Others included the crown of thorns, the mallet, and the nails.

Because the sculptures are so heavy, the processions are long. The bearers pause every few minutes and take a break. The pasos have extendable or insertable legs that they put in place, and the bands play solemn but epic music as everyone observes and absorbs each statue.

The second procession I attended was even more intense, because it passes through the very narrow streets of the beautiful hillside historic neighborhood. The bearers must walk down flight upon flight of steps, then later in the middle of the night carry it all back up. Sometimes, the energetic crowd must push back in order for the paso to fit through. I got there early and brought a book to read in the meantime, because if I hadn’t, I would not have gotten a spot close to the procession itself. And for those who tried to come in late and squeeze in front of the people already there… I would not have wanted to be the focus of that ensuing wrath.

The procession opened on what soon became my personal favorite marching band, since they were dressed head to toe as Roman soldiers.

The pasos in this procession showed 4 sequential scenes from the Passion, shown in the slideshow below: Christ’s arrival in Jerusalem, Christ on the Cross, the Virgin of Grief, and the removal of Christ from the cross. The most important paso in this barrio is the third, called La Virgen de los Dolores in Spanish. It is the heaviest and the one of which they’re most proud.

At the end everyone finds the neighbors that they weren’t talking to during the procession and talks over the procession, their families, and the news. They slowly trickle away to their own houses for dinner, or head out to another barrio for the next parade.

In some ways, I wish we had processions like these in my town. It’s a fun way to bring the community together to celebrate. Besides, no matter where you are, Spain or the US, life is busy and it’s easy to go months without making it to church. This way, the church brings the story of Christ out to the people, and invites us to believe, or remember that we do. Even people who were not practicing Christians came just to enjoy the feats of endurance and teamwork, coupled with the artistry of the sculptures. It’s a way to keep cultural heritage alive, in spite of a world that’s pushing for the future. 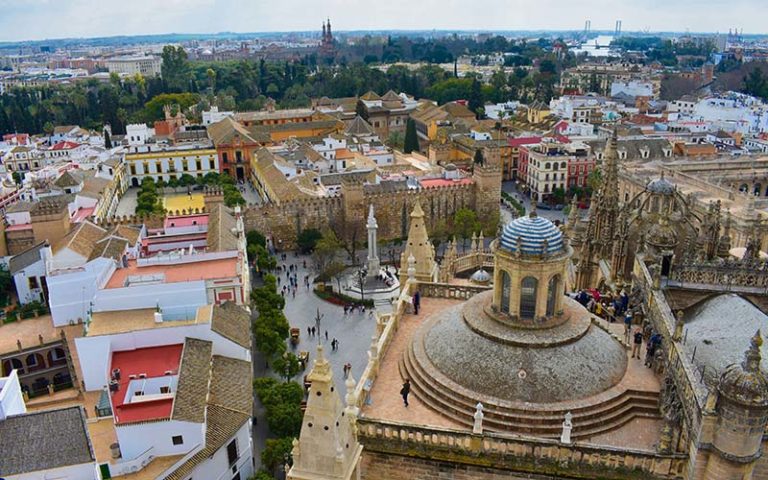 International students flock to Spain to study Spanish abroad, along with many other areas of study. We have more than 50 years of experience taking 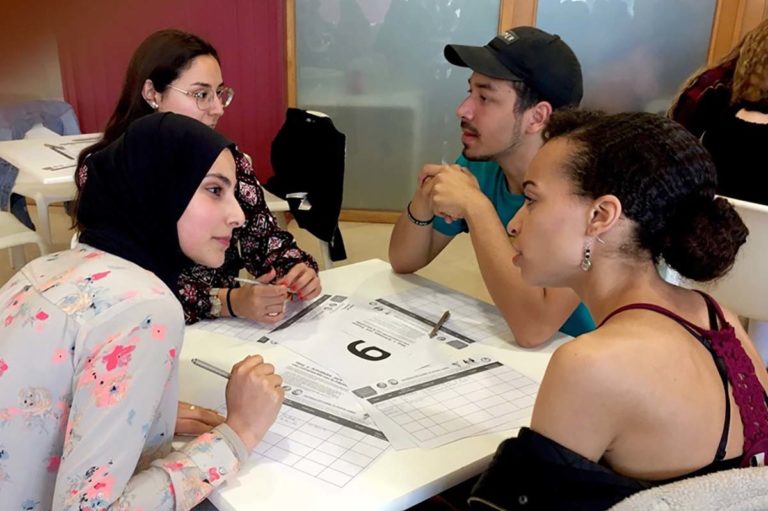